The Façade of Excellence: Defining a New Normal of Leadership 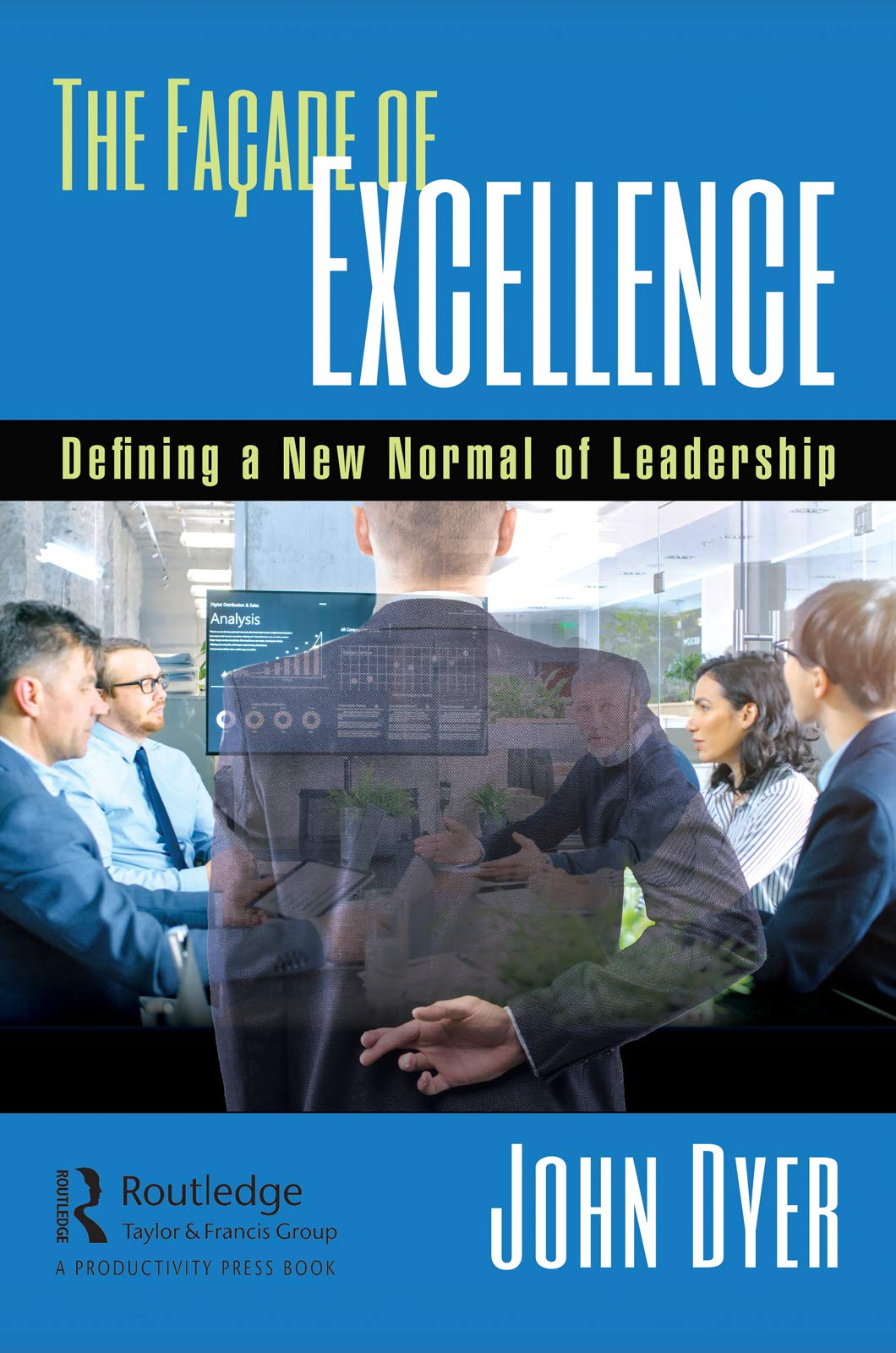 The AME Southwestern Region has selected "The Façade of Excellence" as the first book of its virtual book club event series. Kicking off in February, the first event is a free, 30-minute Q&A session with John Dyer on Feb. 10. The second virtual event will be a 60-minute deep dive session with Dyer on Feb. 25.  AME members and non-members are encouraged to read the book and then join us for both virtual events.

“When I finished reading this book, I thought to myself that there couldn’t be executives as bad as Frank Smith. For the next two weeks, all I could see working around me were Frank Smiths. Then I realized that, at times, I was acting like Frank. This was a real wake up call. I bought books for my entire staff and for the next three weeks, we discussed various chapters. Assessing the characters (and the impact of their actions) and examples in the narrative provided us a way to broach sensitive topics without throwing anyone under the bus. This has had a positive impact on our efforts to change and improve.” — Vice president of operations

The first line in the book “The Façade of Excellence: Defining a New Normal of Leadership” is: “Perhaps everything we know about how to manage people is wrong.” We have decades of bad management practices to overcome if we have any hope of implementing and sustaining team-based improvement such as lean and six sigma. The first step to make improvement happen is to first admit that there is a problem (and then identify and fix the root cause). In many cases, that problem begins with the organization’s managers. But what is the root cause of why good people continue to use the old management ways? 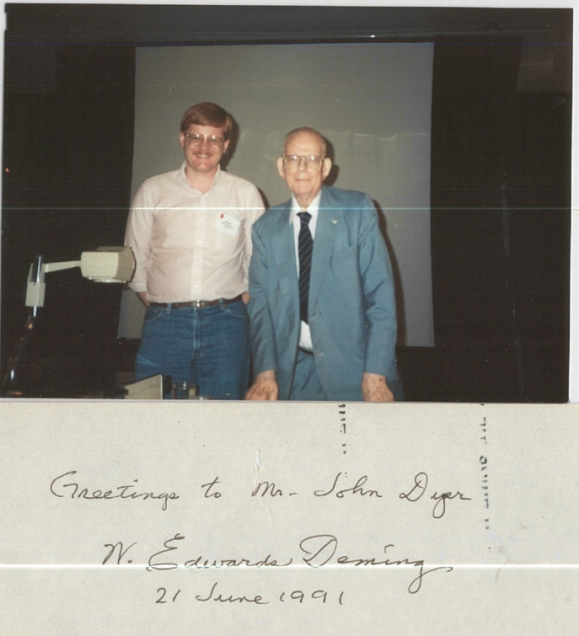 In 1991, I was introduced to Dr. W. Edwards Deming’s 14 principles to running an effective organization. After convincing my boss at General Electric to allow me to attend Dr. Deming’s seminars, I remember having my entire perspective on how to lead others change dramatically (“Drive Out Fear” was the principle he spoke to me about the most often once he discovered I worked for GE). Most of the 14 principles involve changing the behaviors of the leaders inside of the organization. A couple of the principles suggest stop doing something executives have done for decades to manage people (such as the use of Management by Objectives) and instead “substitute leadership.” But what does leadership mean?

Throughout history, there are many examples of great leaders. Some, who have inherited a crisis, are direct (with a sense of urgency), and take responsibility for their decisions (a leader in a military for example) while others are coaches who can bring the best out of their players and form high performing teams. Some leaders are good at creating inspiring visions and then training and empowering their employees so that problems can be solved and the customer can be delighted by the people closest to the process. The truly great leaders can do all of the above and know which style of leadership to use in order to help the organization mature in their ability to work together to solve problems, eliminate waste, and achieve excellence. Why is it difficult to find these multidimensional leaders?

A couple of years ago, I asked a simple question on social media; “In one word, describe the main ingredient to sustain and expand an improvement initiative.” After receiving over 100,000 interactions, I was able to put the following word cloud together (size of the word equals the number of responses). 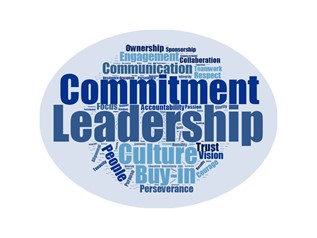 The top two answers go hand-in-hand with each other: leadership and commitment. Without these two critical ingredients, most improvement efforts will fizzle out creating extreme ill-will with those who championed the effort. An employee on the shop floor once told me after a failed lean implementation effort that it was like having a rug pulled out from underneath and how difficult it was going back to the old ways of being told what to do and the use of fear to motivate (vs. working as a team and being proud of what was being accomplished). Why do team based improvement initiatives fall apart so often?

On the flip side, we all know of executives who are the absolute worst bosses to work for. They use fear tactics, manipulate and hide bad data, and lead using a command and control style. Employees are constantly berated and are told to use their hands and not their brains. Watching them shuffle in and out of work indicates that they have no ambition left due to these horrific management practices. Why do these bosses keep getting promoted?

“The Façade of Excellence: Defining a New Normal of Leadership” explores the answers to these questions by sharing the story of Jim Brown (a new executive who wants to do the right thing but inherits a staff who refuse to change) and Frank Smith (an executive in the same company who will do anything to make himself look good in order to get ahead). The narrative is fiction but is based on real events (for example, the author was the one who was given a stick to unjam parts on a machine in order to make sure the production numbers were met and almost lost his finger in the process). Each chapter concludes with a description of how to take the lessons learned from the story portion and apply them to help an organization change, produce “enthusiastic productivity,” and achieve excellence.

Over the past 30 years, I have had the opportunity to work with several organizations to assist in the implementation of a team based, improvement initiative. In one of these manufacturing plants, I was Director of Process Innovation and, over a three-year period of time, every employee (all levels and functions) was involved in helping to turn that business from poor performance to one of excellence. This led to my all-time favorite day in manufacturing.

“We were able to shrink the delivery times from 12 weeks to two days and improve quality from the mid-80% range to over 99%. The first day we hit 100% in all of our metrics (which included safety, quality, and schedule attainment), we experienced loud, spontaneous applause welling up from all of the work teams. That will be a day I will never forget.” Chapter 10 – “The Façade of Excellence”

The steps we went through to achieve (and sustain) this high level of performance are chronicled in this book.

I hope you will join me on this journey that has the potential of changing how we all view leadership and define a promotable rising star as someone who can coach, train, empower, and transform the entire organization in order to build enthusiastic productive teams and create a sense of pride as your organization strives to achieve excellence. Intertwined throughout the chapters are examples that help explain Dr. Deming’s 14 principles. Before reading the book, be sure to become familiar with these critically important points.

Maybe you will find examples of all 14 points, discover how they impacted Jim Brown and Frank Smith’s actions, and then figure out ways to avoid creating a “Façade of Excellence” by achieving real, sustainable improvement for your own organization. 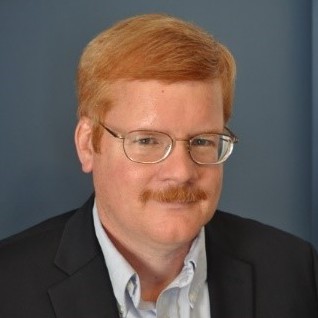 John Dyer is an author, coach, and trainer with 36 years of experience in the field of improving processes. His book, “The Façade of Excellence; Defining a New Normal of Leadership,” examines the four leadership styles required to move an organization’s culture to one of trust, collaboration, and teamwork. Dyer started his career with General Electric and then worked for Ingersoll-Rand before starting his own consulting company. He has had the opportunity to study with the leaders in the continuous improvement field such as Dr. W. Edwards Deming, Brian Joiner, and Stephen Covey.

Dyer has an electrical engineering degree from Tennessee Technological University as well as an international Master of Business degree from Purdue University and the University of Rouen in France. He is a contributing editor for IndustryWeek magazine and a judge in the IW annual “Best Plants” contest.

AME is a member of the Amazon Affiliates program and may receive a commission for items sold via links on this page. This article's appearance does not necessarily indicate that AME endorses products and services mentioned here.